I would like to use this post as a conversation starter to begin work on a Polkadot Society Pallet rollout, similar to the Kappa Sigma Mu society that has already been successfully operating for some time.

Why do we need this on-chain DOT society?

What would the goals of this society be ?

The Barrier to Entry

If person A has dedicated many years of their life to DOT, deeply understands the tech, community and specific chain up for discussion.

But person B is new to the community has a very poor understand of the tech and values. They only would like to vote in the interest of short term financial gain ( which is their right to do so ).

In discord servers, reddit chats and community events these people opinions are equally weighted in the eyes of onlookers / governance voters.

i.e. Person A - is a society member + I can verify this = this person shares the same values as I do.

Person B - is not a society member, I don’t know their username/wallet address, they are not associated with a core parachain team = maybe this users intentions do not aline with my values.

Meaning, while users are not getting paid to join the society they do have a financial backing to vote as a group, support teams / protocol proposals, increase liquidity where needed, incentivise honest community led validators.

I also believe not paying society members will also further remove anyone just joining for a quick buck thus strengthen the credibility of membership and the society as whole.

As some of you may know, I work for a parachain. But my core believes are that I support all the chains on DOT/KSM. Sometimes I feel like parachains are being incentivised to fight against each other for slots, liquidity , users, treasury grants ect. Rather than fighting with each other for the betterment of Polkadot users.

It is my believe that if one parachain does really well, that will just onboard many more users into our ecosystem as a whole and ‘grow the pie’ so to speak. A society can balance out these forces and try to engage each parachain to work together rather than separately.

While I am highly interested in joining this society as a founding member , I do not think I have all the answers, I don’t think I know more than anyone else and I respect everyone’s voice be they for or against this society.

All I want is the strengthening of our DOT community values and I think the best route to this is by forming a user lead non-financial incentive based society.

Please feel free to leave your thoughts, comments, concerns on this post. I will do my best to share it as much as possible and we can try and use it as a launching point for further discussion.

I have also created a discord server for anyone interested in taking this further + hashing out the specific details as to next steps forward as well. Please feel free to join, all welcome. 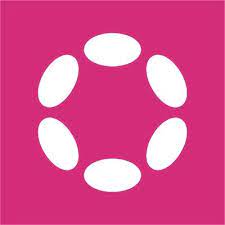 Check out the Pallas Delta Theta community on Discord - hang out with 1 other members and enjoy free voice and text chat.

There is no better time to start this than in the depths of a bear market, while my coding abilities may not be up to scratch. I personally am willing to dedicate my own time to get this moving and try to organise / push this forward for the betterment of us all.

I think this could be a great idea. While I concur with the need for verification and some form of seniority, I dont think it should be overwhelmingly formal.

I don’t mind if we change the specific barrier to entry.

Just trying to get the convo going to see if there is any interest in the general idea.

If anyone has any better ideas for names.

Please make any suggestions you would like.
Nothing is set in stone.

I like the idea of a society in general, but maybe not exactly like Kappa Sigma Mu. I find the greek association offputting, and honestly it’s not so much an ecosystem knowledge/investment barrier to entry as it is a personal connection one. There are people heavily invested in Polkadot (time-wise, I mean) beyond devs and the close friends of devs.

I’m also not against the concept of tattoos in general, but I am against the web3 version of wall flash…if it’s involved there should be room for interpretation, I’d never get a piece done out of a book without customization for any other reason, I certainly wouldn’t want to do it with a brand.

could also be interesting to have more than one society too, fwiw. maybe specialize the proof of membership like guilds and gamify challenges between societies rather than just looping challenges within a single one. People love taking sides on things when given the opportunity.

I’m very happy if as a community we do decide to change specific details. e.g. the name, the payment details ect…

Personally I think a barrier to entry is required to try and have a minimum level of dedication.

I would love if this was just the beginning of a conversation between the whole community to see where everyone stands.

barrier to entry is good, but kappa is less a barrier to clear and more an insular group that’s difficult to even understand what it is unless you know someone already involved. I’d like a decently high barrier, but maybe one that doesn’t make it such a social connection necessity. Accessibility outside that core set is going to be necessary if it’s ever to include more than the same 50 people that are involved in basically everything lol

I like your suggestion and share the sentiment to some extent, even if, like @zooeys , I’m not necessarily a fan of greek association and secret society tattoos. But I think the idea is worth exploring.

A “user society” could, among other things, be a great place to welcome new arrivals to the ecosystem and offer them guidance in a non-intimidating way. It could also hypothetically become a body to represent the political interests of the common user, if it ever becomes clear what these might be.

But I have some doubts. How would this society be different from Dotsama Twitter, for example? Twitter is already a decent venue where the issues affecting common users are aired out. Number of followers is a pretty good indicator of your experience and acceptance level in Dotsama.

How such a society can promote community values is another aspect of the idea I don’t fully see. The Polkadot Alliance can promote values because parachain projects are literally building out the ecosystem. But users do not have the same power to influence the ecosystem’s culture and behavior-- except by choosing what products to consume and by participating in democracy. Is this what you have in mind when you talk about promoting values? Giving “consumer” recommendations on which projects to use? Encouraging democratic activity?

We already have solid projects dedicated to promoting democratic participation.

As there are already many DAOs in the space making important contributions to the common good, this Polkadot User Society would need to have a distinctive identity.

I also think that some sort of proof of dedication is a good idea, though this could ostensibly be done simply by awarding roles on DIscord based on contributions and dedication-- no need for tattoos

Other DAOs in the ecosystem are already blazing this path.

Having people be physically identifiable as being part of an association could be a security risk if someone wanted to round up all these deviants. People should be able to be anonymous if they feel they need to be.

As an early Polkadot supporter, and also knowing TheOyster and certifying he’s a stand up guy, I fully approve of this proposal.

I suggest creating “Polkadot Institute of Technology” (PIT) and offer courses as well as verifiable credentials to members and non-members based on real contributions and verifiable achievements. Tattoos, fraternities, and sororities aren’t for everyone.