Where should we hold the next Polkadot Blockchain Academy?

We are a little over a month away from the second edition of the PBA (Polkadot Blockchain Academy) which will be taking place in Buenos Aires.

As the admissions process draws to a close for Buenos Aires, we are happy to say that our team is now starting to consider future locations for the Polkadot Blockchain Academy which will be taking place in 2023 and 2024. Similarly to previous cohorts of the Academy, we are looking for exciting and appropriate locations anywhere in the world which can host the Academy and support our mission to seed the Polkadot ecosystem with Engineers full of knowledge and understanding of Substrate, Polkadot, Web3 and Blockchain Technology.

Our current partners, the University of Buenos Aires (UBA), are a wonderful example of a collaboration we would like to repeat in future editions of the Academy bringing together academic excellence, a diverse student community, and regional recognition .We would like to hear what our community has to say about where the Academy should go next. Does your city have the best developers worldwide? Is your Polkadot community the strongest in Europe? Are you a part of a parachain project that would like to host us for the 4-week duration of the course? Or maybe you’re leading the blockchain society at your local University and would like to help us grow, we would love to hear from you!

We are open to hearing any ideas and also would like to hear where you think the Academy should go next. Got a genius idea? Let us know below

My top universities (I would be very happy to help connect the PBA to that I have taught at in the past):

I’ll try to make this short by simply saying come to home of people willing to accept the change . Nigeria and Ahmadu Bello University to be precise.
Currently Nigeria we’re in scout for solution of decentralization which only when necessary knowledge is transferred will it be adopted rightly. And only those who take the initiative of teaching others will have higher advantage of adopting. We’re changing the narrative of the blockchain industry with the effective tool and support

I would love to point to the research did by Coindesk. Rankings have always been imperfect, but if you cover the jurisdictions in the top ten I don’t think you will go wrong: 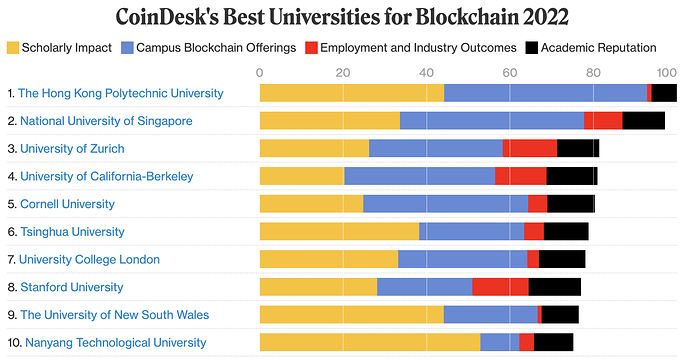 I am a California Bay Area native, and so my vote is certainly for Stanford / UC Berkeley.

As noted in the picture above, these are already 2 of the top schools “for blockchain”, and I am familiar with a number of people coming out of the blockchian communities that formed in that area.

Stanford and UC Berkeley are so close to one another, that certainly any program held in that area would cater toward both students.

The only worry of this choice of location is whether we can find a space big enough to support all the interest we will get, and potentially the cost of living in that area.

Interesting to note New South Wales is on the list - for those not aware, that’s in Australia.
Aus has a pretty decent contingent of crypto projects / teams.

While not the first choice from the list (IMO I think UC would be a better option), one thing going for NSW is Gav would be able to cuddle a Koala ? 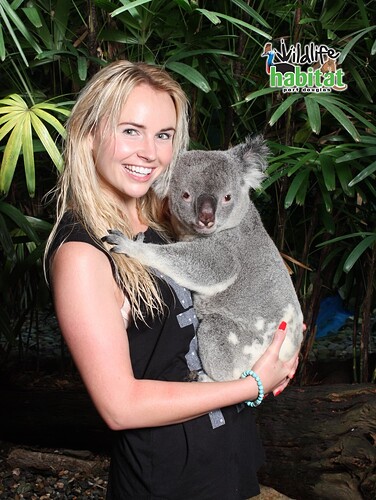 I know the first one was in Europe and I think is a good idea to do the next ones outside Europe. But if there are plans to come back to Europe I would recommend Dublin.

Ireland is the European base for some of the biggest tech companies in the world, the European headquarters of Google, Meta (formerly Facebook), and Amazon, among others.
This attracted in the past lot of talent, innovation and it has created a rich tech startup ecosystem.

However I haven’t seen a huge excitement around Web3 yet, and I believe more education programs there can attract lot of talent into Web3 environment.

Are there large employee bases for these companies in Ireland?

My understanding was the reason tech HQs were setup there was due to preferential tax treatment e.g. → Ireland’s status as tax haven for tech firms like Google, Facebook, and Apple is ending - The Verge

It is true that probably what you mention is the main reason for having the HQs there.
But most of these companies employs lot of people in their HQs: Ireland is home to these 18 US tech titans – and they're hiring

As someone who is tired of hearing Polkadot has no users, I think it would be helpful to at least look at which countries are the furthest ahead in terms of adoption.

Based on this analysis, it’s seriously worth considering Vietnam, Philippines, and India - with safety concerns unfortunately making Ukraine difficult at the moment.

Bonus points of being great locations for EUR and NA cohort to travel to during winter!

One thing which Parity should consider is choosing a place whereby everyone can attend.
This cohort is hard for African individuals to attend, the Visa requirement is a headache.

Europe or Asia its better as we consider everyone can actually make it. It is sad seeing that you have qualified but you cannot attend due to Visa issues.

And also Parity should put a large buffer of days for people to actually do all the Visa processes. It doesnt make sense putting like 3 weeks only for Visa processing.

So I would suggest the countries should be in Europe or Asia.

And also I think its better for it to be around May, June, july.

I will unashamedly point out that Singapore is in the No. 2 spot on the university rankings

Used to be in the number one spot just last year as well (really fluctuates). I would totally recommend checking out the Garden City 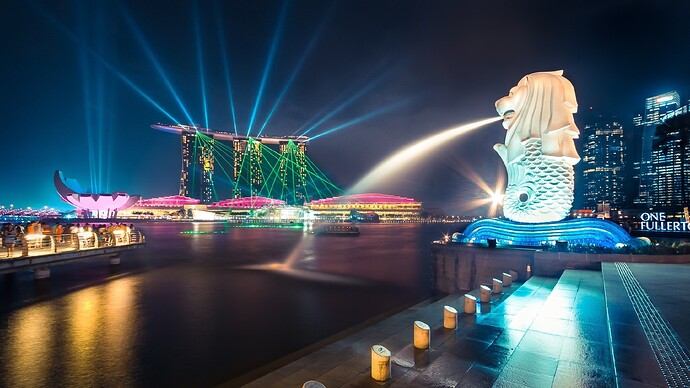 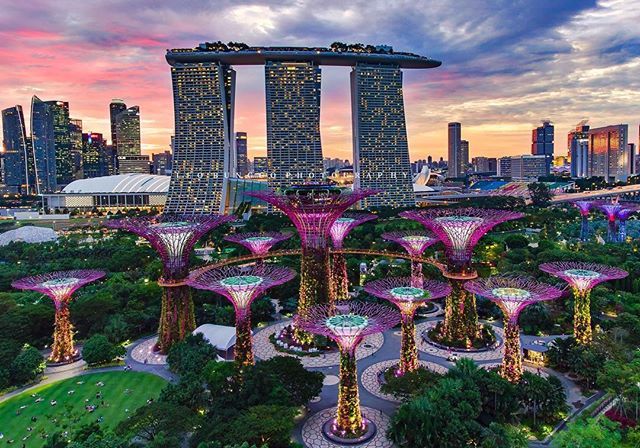 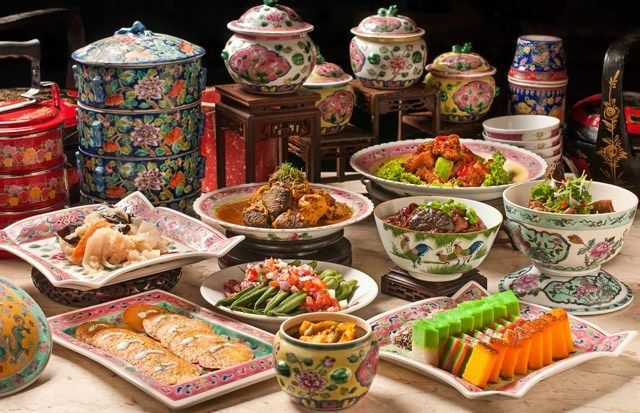 Jokes aside - for your consideration in setting up an Asia regional base for the developer ecosystem to travel to. It is reachable from Australia, Vietnam, Indonesia, Malaysia, China, India within a 2-6 hour flight. China and India in total, do already represent more than 35% of global human population. Every year, ~1 million computer engineering university students graduate from India - many aspire to work in Singapore.

Agree, Singapore seems like a good option and a great hub for the APAC region.

I would just add that regardless of location, I appreciate the choice to host the 2nd cohort in a region different from the first cohort. It can be very easy to stick to only Europe, and it is logistically a lot more challenging for the organizing team I’m sure to move regions regularly, but doing so not only sends a great message about the global nature of our community but also further actualizes the goal of seeding the ecosystem. Having said that, I’d opt for locations in Asia and Africa for the 3rd and 4th cohorts, respectively.

I think it would be nice if the cohort is hosted in different regions. It promotes the idea of diversity and also would be nice for expanding the user and developer base. I would like to point out that I have a bias

That being said it would be awesome if any of the subsequent cohorts could be hosted in Africa and in the Nigerian Capital to be precise which is the largest country in the continent in terms of population. There is also a favourable stance of blockchain in the country with federal agencies such as NITDA(https://nitda.gov.ng/nitda-blockchain-scholarship-2022/5984/)setting up programs to train blockchain engineers

Nile university Abuja seems like a good location to host, they have the facilities and have also hosted a Polkadot event before 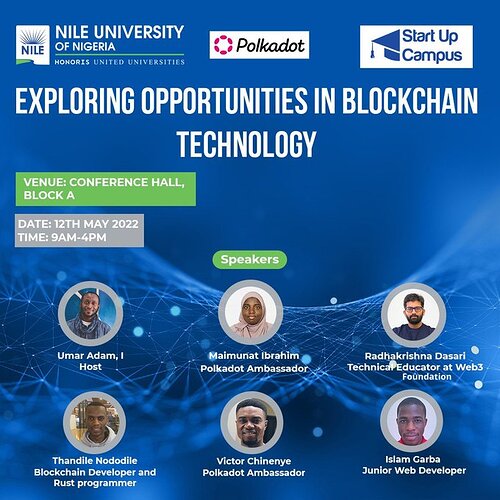 I am going to add Bengaluru to the list.

100+ engineering colleges in the city. Already a decent Ethereum community and a sizeable number of blockchain companies popping up. A Polkadot Academy here could help accelerate the growth of local polkadot dev community.

Weather: April and May are probably the hottest months but Bangalore has pretty decent weather all year round with an average high of 33 at peak summer. If we can schedule this in June or later, the highs are sub 30 and lows hovering around or under 20 most of the year.

Traffic: Its really really bad but that means everyone needs to stay really close so more networking.