2022 was a year full of achievements for the Polkadot ecosystem - XCM live on Polkadot, OpenGov on Kusama, Nomination Pools & DOT’s morphing into software to name a few. But what have happened in the past 5 years? Looking back from 2018 to 2022, what have we as an ecosystem accomplished? Here are some major trends. 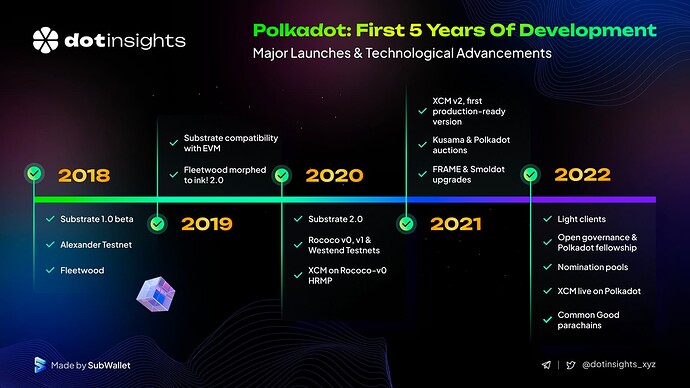 Substrate 1.0 updated to 2.0, 2018’s Fleetwood morphed to ink! 2.0, Substrate Connect light clients integrated into wallets, XCM v3 coming in 2023. Each year steadily brought new updates that make it easier for projects to operate within the ecosystem. 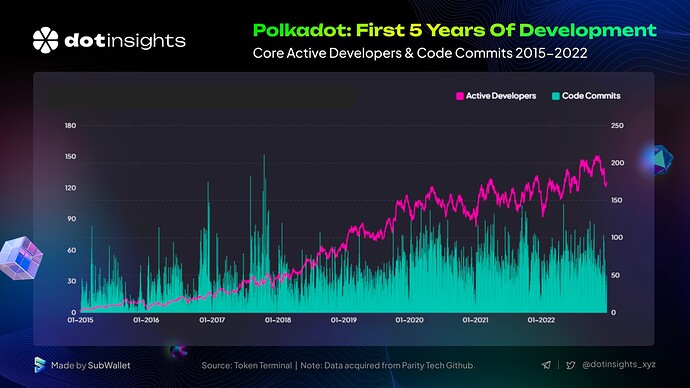 Data from Parity’s Github repos show an upward trend in number of core active devs and a consistent pattern in code commits from 2015 through to 2022. 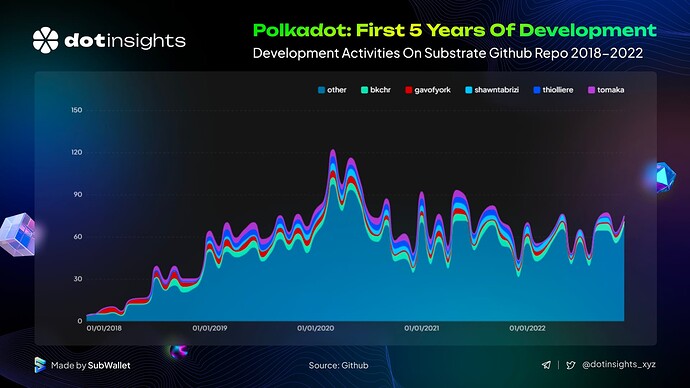 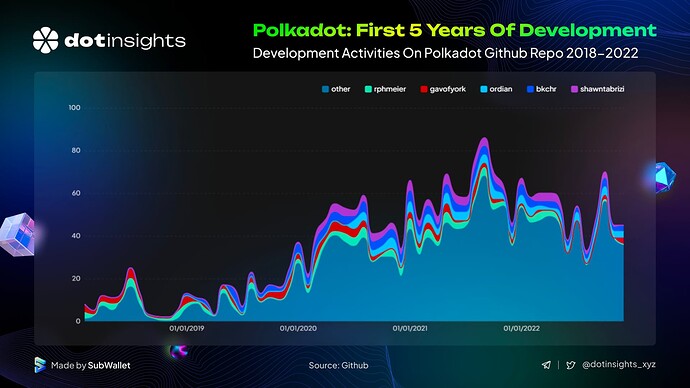 Specifically, if you look at the contribution chart in Substrate & Polkadot repos, you’ll see this similar consistency. More commits were seen from 2019 to 2022 on Polkadot repo, which likely collided with Polkadot’s pre-launch & launch. 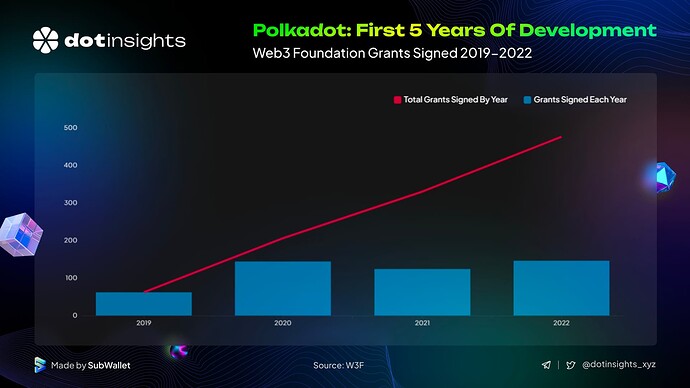 Over 4 years of operation, Web3 Foundation has given out 476 grants. The top 3 projects received 7 grants each, and they are Astar Network, Zondax & 727 ventures. 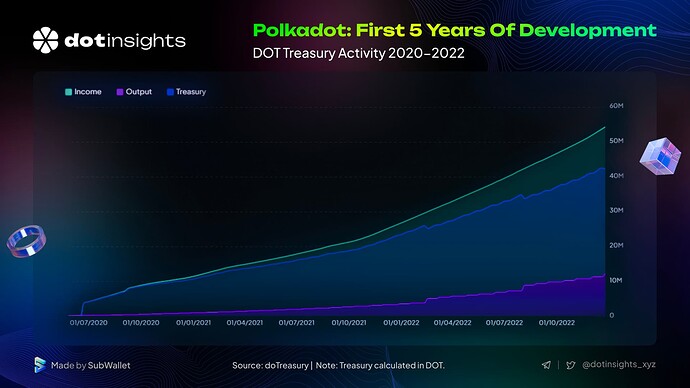 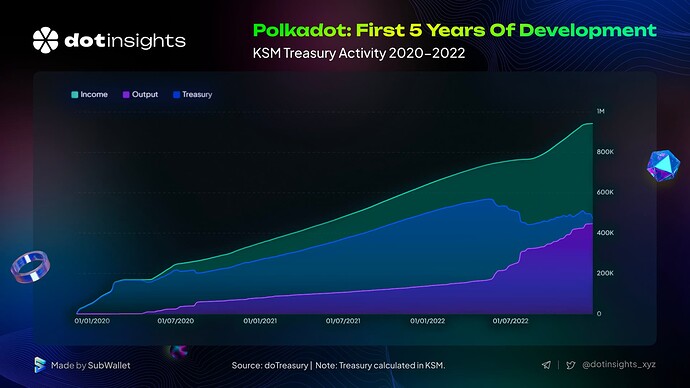 By the end of 2022, DOT treasury has paid out 4M+ DOT & KSM treasury 467K+ KSM for ecosystem development effort. 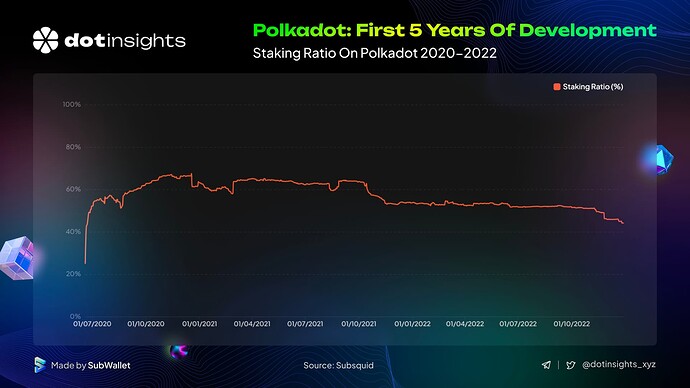 Staking ratio remained fairly stable over the years and oscillated around 50%. 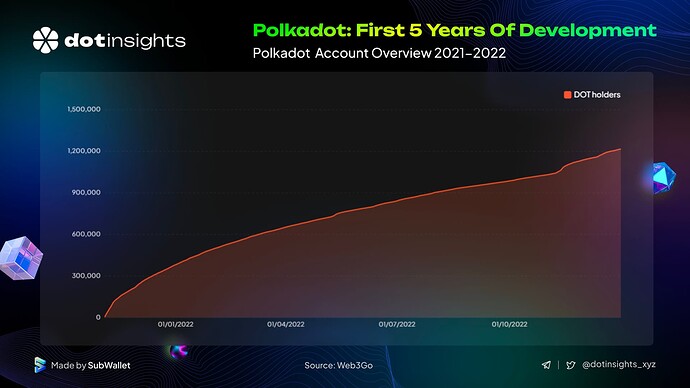 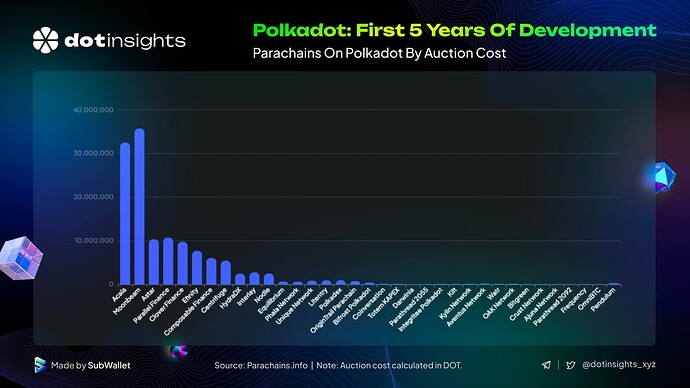 As 2022 concluded, 33 parachains were running on Polkadot & 41 on Kusama. The auction cost lowered significantly over time on both Polkadot and Kusama: from Moonbeam’s 35.76M+ DOT to Darwinia’s 9.9K DOT, and from Karura’s 501K+ KSM to Crab’s 11 KSM. 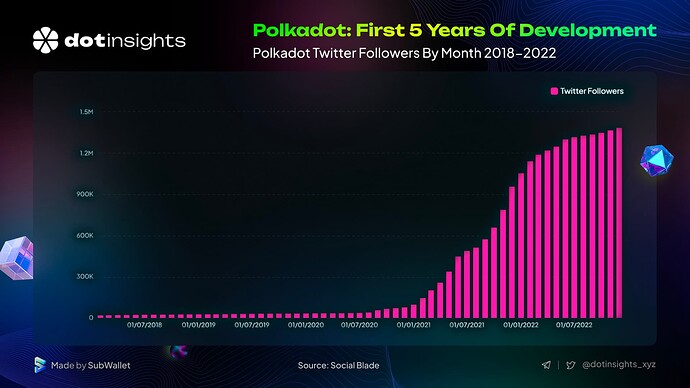 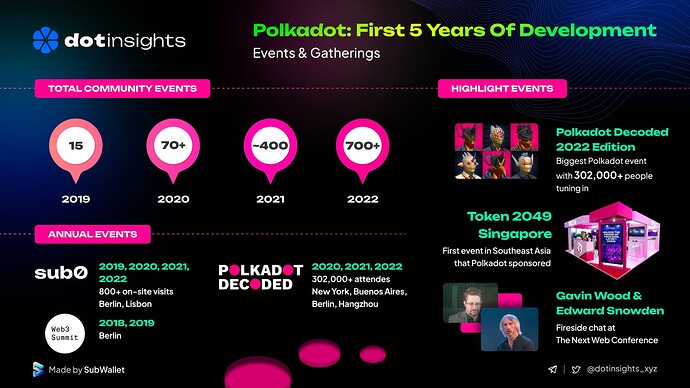 Total community events skyrocketed from 15 to 700+ in four years. Polkadot Decoded 2022 edition in 4 cities around the globe became the Biggest Polkadot Event of All Time with a record 302,000+ people tuning in live.

Here’s to the next spectacular 5 years!